Please can we have some more 'funnies'? - Page 73 - Kitchen Garden Magazine Forums

Please can we have some more 'funnies'?

old but still funny!
0 x
Nothing is foolproof to a sufficiently talented fool.
Top

I was working in the garden this weekend and my wife was about to take a shower.
I realized that I couldn't find the rake, so I yelled up to my wife,“Where is the rake?"
She couldn't hear me and she shouted back, "What?"
I pointed to my eye, and then I pointed to my knee and made a raking motion....
Then, as my wife wasn't sure she yelled "What?"
I repeated the gestures.
"Eye - Kneed - The Rake"
My wife replied that she understood and then signalled back.
She first pointed to her eye, next she pointed to her left breast,
then she pointed to her backside, and finally to her crotch.
Well, there is no way in hell I could even come close to that one.
Exasperated, I went upstairs and asked her,
"What the hell was that?
She replied,"
"Eye - Left Tit - Behind - The Bush" !
5 x
Regards snooky

Hi Snooky
That's a real classic!
John
1 x
The Gods do not subtract from the allotted span of men’s lives, the hours spent fishing Assyrian tablet
What we observe is not nature itself, but nature exposed to our method of questioning Werner Heisenberg
I am a man and the world is my urinal
Top 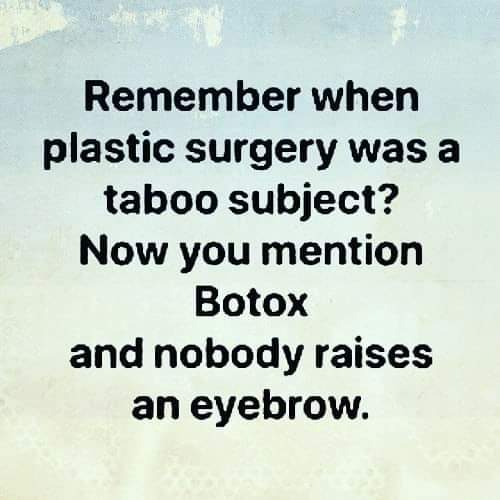 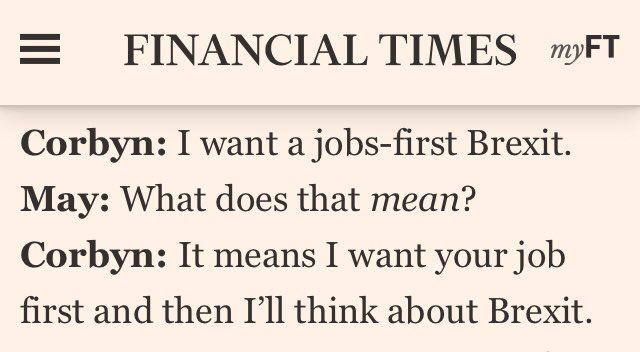 An 86-year-old very wealthy man went to his doctor for his quarterly check-up...
The doctor asked him how he was feeling, and the
86-year-old said, 'Things are great and I've never felt better.'
I now have a 20-year-old bride who is pregnant with my child.
'So what do you think about that Doc?'

The doctor considered his question for a minute and then began to tell a story.
'I have an older friend, much like you, who is an avid hunter and never misses a season.'
One day he was setting off to go hunting. In a bit of a hurry, he accidentally picked up his walking cane instead of his gun.'
'As he neared a lake, he came across a very large male beaver sitting at the water's edge.
He realized he'd left his gun at home and so he couldn't shoot the magnificent creature. Out of habit he raised his cane, aimed it at the animal as if it were his favorite hunting rifle, and went 'bang, bang'..'
'Miraculously, two shots rang out and the beaver fell over dead..
Now, what do you think of that?' asked the doctor.
The 86-year-old said, 'Logic would strongly suggest that somebody else pumped a couple of rounds into that beaver.'
The doctor replied, 'My point exactly.'


A man staggered into a hospital with a concussion,
multiple bruises, two black eyes, and a five iron
wrapped tightly around his throat.

Naturally, the Doctor asked him, 'What happened
to YOU?'

'Well, I was having a quiet round of golf with my
wife when, at a difficult hole, we both sliced our
golf balls into a field of cattle.

We went to look for them and while I was looking
around I noticed one of the cows had something
white at its rear end.'

'I walked over, lifted its tail, and sure enough,
there was a golf ball with my wife's monogram on it
- stuck right in the middle of the cow's ar$e.

Still holding the cow's tail up, I yelled to my
wife, 'Hey, this looks like yours!''

I don't remember much after that'


A little old lady was walking down the street dragging two large plastic garbage bags behind her. One of the bags was ripped and every once in a while a £20 fell out onto the sidewalk.
Noticing this, a policeman stopped her, and said, "Ma'am, there are £20 bills falling out of that bag."
"Oh, really? Darn it!" said the little old lady. "I'd better go back and see if I can find them. Thanks for telling me officer.
"Well, now, not so fast," said the cop.“Where did you get all that money? You didn't steal it, did you?"

"Oh, no, no", said the old lady. "You see, my back yard is right next to a Golf course. A lot of Golfers come and pee through a knot hole in my fence, right into my flower Garden. It used to really tick me off. Kills the flowers, you know. Then I thought, 'why not make the best of it?
So, now, I stand behind the fence by the knot hole, real quiet, with my hedge clippers. Every time some guy sticks his thing through my fence, I surprise him, grab hold of it and say, 'O.K., buddy! Give me £20, or off it comes.'
"Well, that seems only fair," said the cop, laughing. "OK. Good luck! Oh, by the way, what's in the other bag?"
"Not everybody pays."


A man goes to see a hypnotist cause he gets erection problems! Anyway the man gets hynotised and the hypnotist says "wenever you can't get an erection say 123 and u will get the biggest erection you've ever had" he then says! "However if your wife can't take it anymore she has to say 1234, the only catch is that if she does you won't get an erection for a year".
The man thinks for a while and says with a sly smile. "well I can live with that! I just won't tell the wife what to say".
So with this the man rushes home, eagerly anxious to try out what he's been told! As he crashes thro door of his house he shouts.."123" and gets the biggest erection he's ever had, to which his wife calls back
"What you shouting 123 for!!!!"..


Two thai girls ask me if id like to go to bed with them, they said it would be like winning the lottery,
I agreed and we all stripped off but to my horror they were right we had six matching balls,
4 x
Regards snooky I heard there was a cosmetic surgery meeting in the town every week and attendee numbers are growing. It's nice to see so many new faces.
1 x
Nothing is foolproof to a sufficiently talented fool.
Top

The Washington Post's Mensa Invitational once again invited readers to take any word from the dictionary, alter it by adding, subtracting, or changing one letter, and supply a new definition.

Here are the winners:
1. Cashtration (n.): The act of buying a house, which renders the subject financially impotent for an indefinite period of time.
2. Ignoranus: A person who's both stupid and an ***hole.
3. Intaxicaton: Euphoria at getting a tax refund, which lasts until you realize it was your money to start with.
4. Reintarnation: Coming back to life as a hillbilly.
5. Bozone (n.): The substance surrounding stupid people that stops bright ideas from penetrating. The bozone layer, unfortunately, shows little sign of breaking down in the near future.
6. Foreploy: Any misrepresentation about yourself for the purpose of getting laid.
7. Giraffiti: Vandalism spray-painted very, very high.
8. Sarchasm: The gulf between the author of sarcastic wit and the person who doesn't get it.
9. Inoculatte: To take coffee intravenously when you are running late.
10. Osteopornosis: A degenerate disease. (This one got extra credit.)
11. Karmageddon: It's like, when everybody is sending off all these really bad vibes, right? And then, like, the Earth explodes and it's like, a serious bummer.
12. Decafalon (n): The gruelling event of getting through the day consuming only things that are good for you.
13. Glibido: All talk and no action.
14. Dopeler Effect: The tendency of stupid ideas to seem smarter when they come at you rapidly.
3 x
The Gods do not subtract from the allotted span of men’s lives, the hours spent fishing Assyrian tablet
What we observe is not nature itself, but nature exposed to our method of questioning Werner Heisenberg
I am a man and the world is my urinal
Top 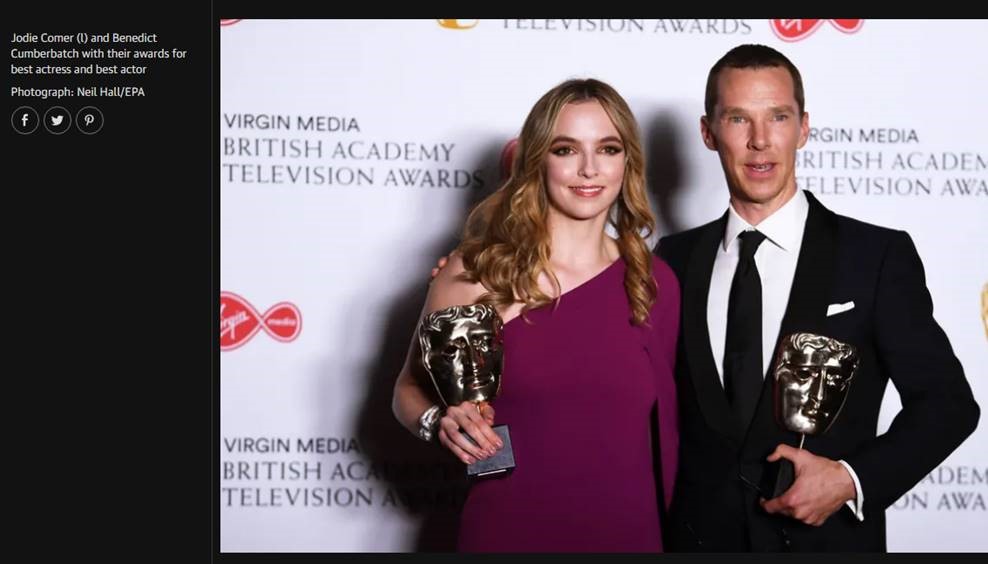 Glad they clarified that - see caption.
1 x
My Weather
Top

Nice one Geoff.
An old joke was....Virgin. What a stupid name for an airline. Who'd go with someone who won't go all the way?
2 x
Top

There's anew airline at Gatwick - Air Viagra. Their slogan is "We get you up, we keep you up, and we get rid of Virgin everywhere"!
2 x
Top