Anyway, have just been and planted out the last batch of runner beans, 56 plants and growing them up eight wigwams of canes.
1 x
Kind Regards, Old Herbaceous.

OK with me OH.

I sowed one last, small, batch of French beans, cabbage, salad onions and mangetout two weeks ago, and they are all growing strongly now - well, apart from the salad onions, which germinated exceptionally quickly but never ever grow quickly for me!

I am trying to time things so i have lots to enter in the village show in September, but know from past experience how hard it is to get it right. Last year, my runner beans, beetroot, French beans and cabbages were all killed this time last year by weedkiller from the neighbour's garden, when it was too late to sow again. Still, by some miracle my four parsnips in a barrel, right next to those other crops, survived and I went on to harvest a four foot six root for the show. I was a happy bunny. I was looking at this year's parsnips last night and thinking, wouldn't it be good if we could actually see what is growing below soil level. Those parsnips could be absolute whoppers, or short, stubby octopuses, and I won't know until the day before the show.

It's drizzling today, so i haven't even been tempted out to potter yet, though I did wander down the garden first thing this morning to see if my marrow had grown overnight. It hadn't! There was a constant hum of helicopters though, and if i went out now there would be a similar hum of cars, as Silverstone is only 7 miles away!
2 x
Top

Dear Mouse, i put Bert into the search button and it came back with all the old laughs we used to have....funny times indeed...

Thank you for that, OH, though it feels almost autumnal today - humid and heavily overcast, better things to come tomorrow, they say.

The pheasants continue their destructive forays into our allotments ..... nothing is safe from them. Sadly, too, the flowers on the second lot of broad beans (Masterpiece Green Longpod) have hardly set. There were plenty of flowers, the plants are healthy, but very few beans. I wonder why because there seemed to be plenty of insects about to pollinate them and the weather was decent, too. Perhaps is was TOO hot?
0 x
Top

oldherbaceous wrote:Dear Mouse, i put Bert into the search button and it came back with all the old laughs we used to have....funny times indeed...

Talking of laughs - i can't believe that the thread I started back in 2010, asking for more 'funnies', is still running! I had almost forgotten what a friendly and amusing lot you all are (although I quietly popped in to see how you were all doing from time to time). I have started to catch up and not a lot seems to have changed - Snooky's jokes have already had me in stitches again

I made couple of pints of very nice redcurrant syrup today with the contents of one bush picked yesterday. They're stored in one pint plastic milk bottles for easy freezing and will be used with winter porridge, desserts or hot drinks with a slice of lemon.

Normally I find redcurrants unpalatably tart but I've now disciplined myself NOT to pick them as soon as they turn red but to cover the bushes with netting and wait until the fruit has turned a really dark blood red. They are so much more palatable and need less sugar when it comes to. processing them. Straining the pulp through a jelly bag is rather a messy and faffy process. I still have another bush to pick and next time I must remember to cover my worktop with newspaper first to prevent the red fruit stains turning them into something resembling an abbatoire !
2 x
Top

I've just been looking out of the window at my still-very-productive rhubarb plant, like you do (!), and it suddenly occurred to me that for the first year ever, it hasn't been sending up continuous flowers stalks. I removed a couple of flower buds early in the season but none since! Seems strange, given the extreme temperatures and lack of rain that it's had to endure this year. How does that work, then?

Dear Mouse, funny old thing, i have been over the allotments this morning to harvest Rhubarb. Normally by now, it is coming to an end, but this year it is very productive. Earlier in the year, mine was like every ones in the village, weak little stems, followed by flowering spikes. I think It may be due to the funny unseasonal weather we had last year....put it all out of sync.

Dear Monika, have you started taking the outer leaves off your Celeriac yet? I took the first leaves off yesterday.
1 x
Kind Regards, Old Herbaceous.

I'm glad OH mentioned outer leaves of Celeriac. I was looking at mine recently and wondering whether I should do a bit of outer leaf stripping but not being an expert celeriac grower I wasn't sure how drastic a pruning I should give them. It was Monika who kindly introduced me to growing it several years ago with some of her spare seedlings.. I have some healthy plants so perhaps Monika or OH can advise. I never seem to be able to grow plants any bigger than the size of a tennis ball though, no matter how well I nurture them. Perhaps they just don't like our stoney soil.
0 x
Top

Dear Primrose, I'm fairly new to Celeriac but, I just seem to be lucky at growing them to a decent size....regarding the leaves, i just wait until the stems of the outer leaves start splitting at the bottom and just take these off. Your stony soil certainly won't help with trying to produce good sized Celeriac....one trick I have done this year is, I have taken out a scoop of soil next to each plant and this really helps with the watering. I also weekly feed them with seaweed feed.
1 x
Kind Regards, Old Herbaceous.

I agree with OH about the celeriac plants, Primrose. They are so thirsty and hungry (sounds a bit like my 17-month-old great-granddaughter who can eat and drink at any time of the day and night!), and I don't think you could overdo it. As for the leaves, I wait until the bottom leaves start to look a bit 'tatty', then pull them off but not before.
1 x
Top

Only one word to describe mid summer...... courgettes! 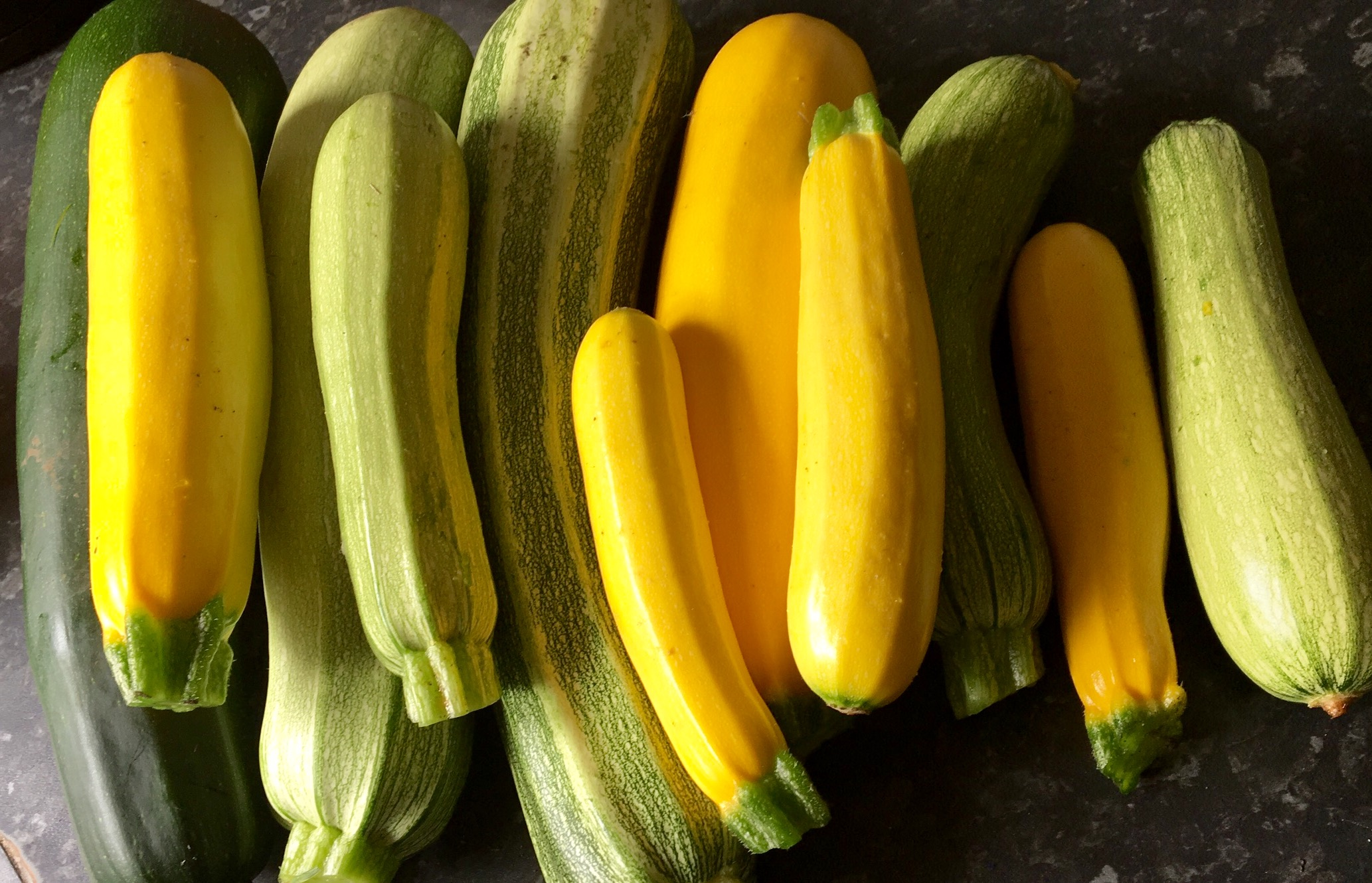 Noticed hundred's of ladybird's [well sort of ] they are black, with either yellow or gold dot's running down their back's. Seek advice prior to getting the spray gun out. 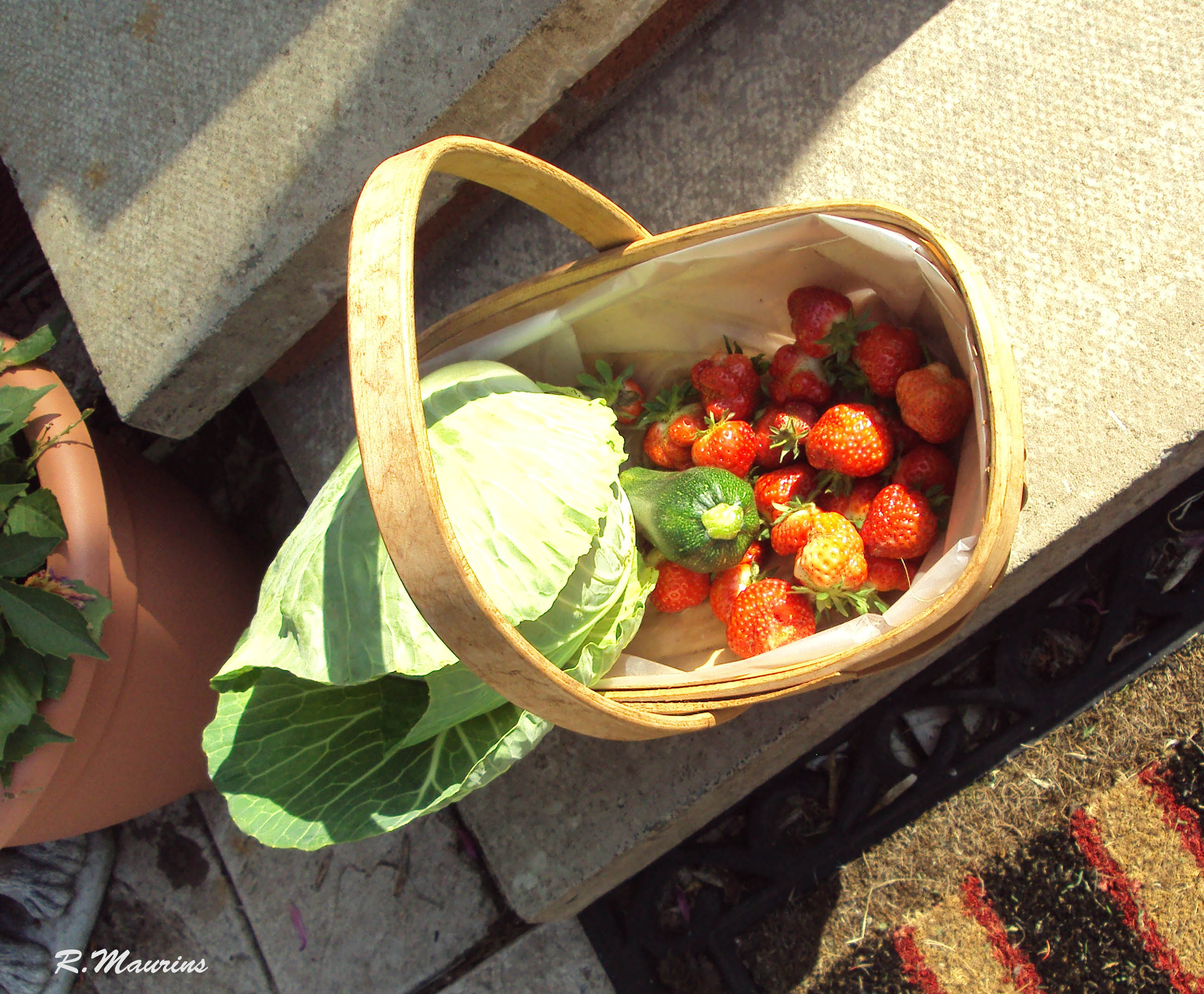