by KG Steve
I had a disaster with courgettes last year, but pleased to say they are doing well now - the polytunnel is helping! I'm trying 'Piccolo' among others. V nice! Bought Mrs Carrot a spiraliser yesterday so will be trying courgetti tonight for the first time. 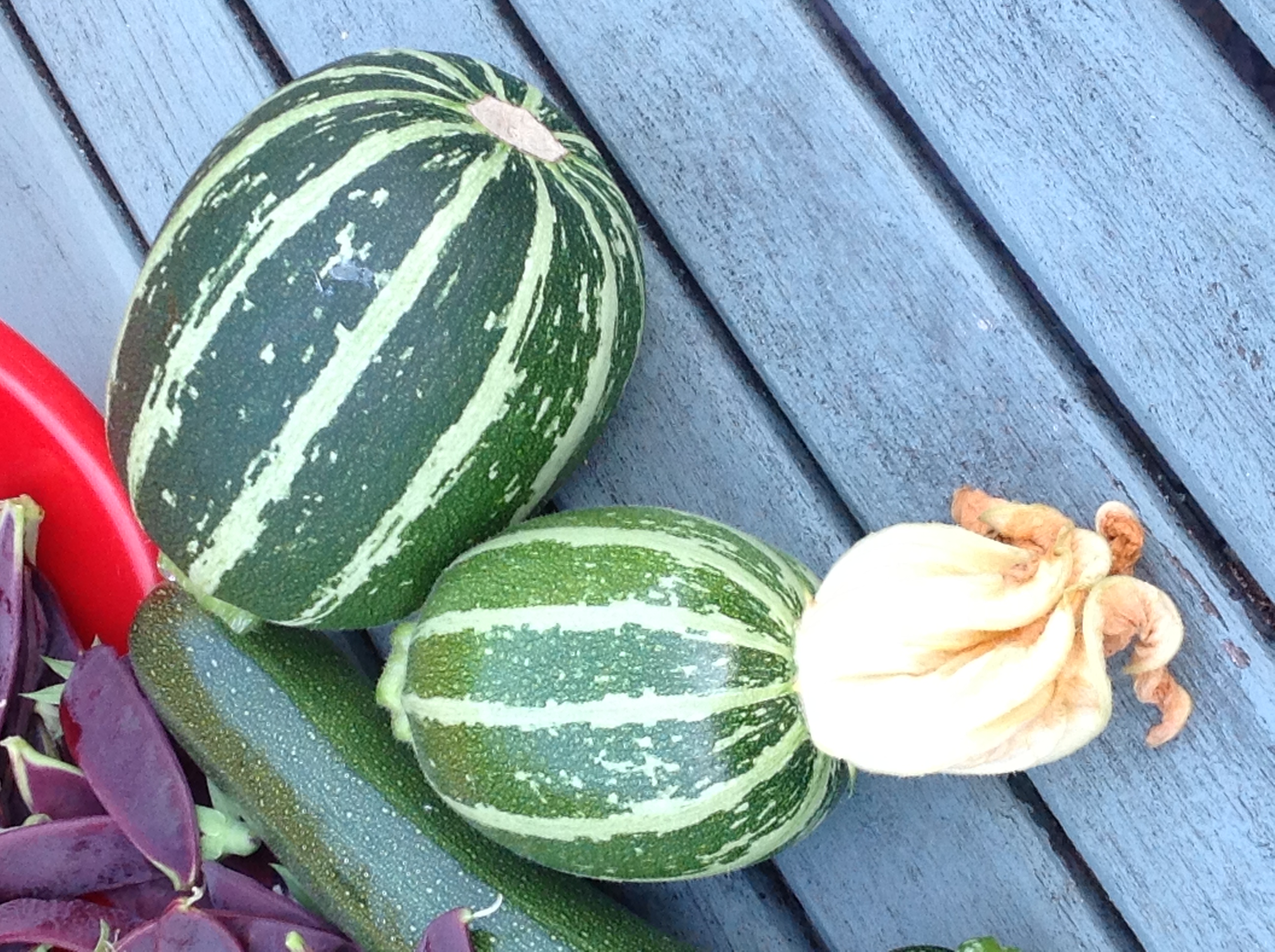 by peter
Third meal with Foremost 1st earlies, yum.
I am planting leeks where I've dug the spuds.
My brassicas seem to have survived, so far.

The wood chip mulch I have on parts of one plot really do keep the soil moist underneath, like concrete where it's exposed, deep fissures between the potato rows, we have had literally only the odd five minutes of random drops, insufficient to wet the road, barring one shower that just managed that - no more.

The subject matter is >


Just an observation but does the picture used look like a healthy tomato plant to everyone else ??

by robo
Seems to have the start of blight

by KG Steve
How very dare you Pa Snip! That was one of my own Crimson Crush plants from a few years back!

I used it as an example of one of the great varieties that the gold medal-winning team have produced over the years. Bit obscure I realise and perhaps I should have stuck with the PR picture that was supplied (between you and me I thought it was a bit boring at the time, but maybe it would have been better than my mouldy old tomatoes!).

I'll make sure I find a better one for you next time...one of Lady Lettuce's tomatoes - she grows 'em better!

by KG Steve
Blight! Blight!...I didn't come here to have my tomatoes insulted you know. And on a Monday morning too. I can see how this week is going to pan out.

sorry Steve, I thought it may be one of their press release ones.

Wasn't me who said it had start of blight, but I did wonder

welcome to our Monday mornings

by KG Steve
No offence taken Pa Snip - I always expect a bit of ribbing and putting in my place when visiting the forum. It wouldn't be the same if I didn't!

by Primrose
I think this dry summer is having a good effect on my kohl rabi crop which so far I'm harvesting in excellent condition with none of the usual slug damage which often spoils their appearance. Had this Sputnik for lunch and it was beautifully tender.

I posted a pic of my Crimson Crush on here as well, full of blight (feel free to check it out)! It did last longer than some of the others but only just, but only got 1 fruit before it's demise. Tasted really nice though & was in expectation of many more, but wasn't to be. That was up close & personal so haven't tried them again as they were pretty expensive at the time.

by Geoff
Goodbye trees! Coming back today to stump grind. 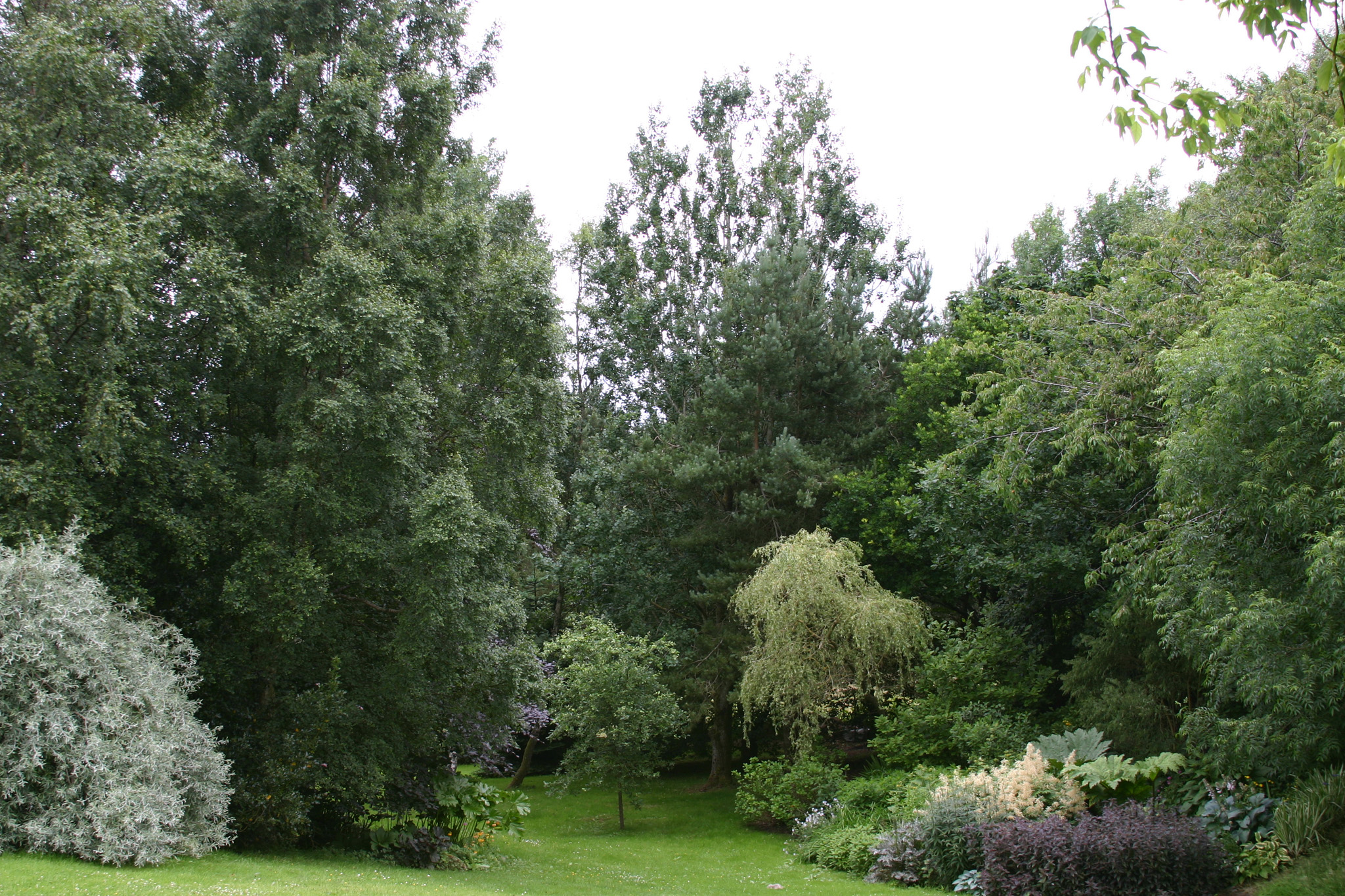 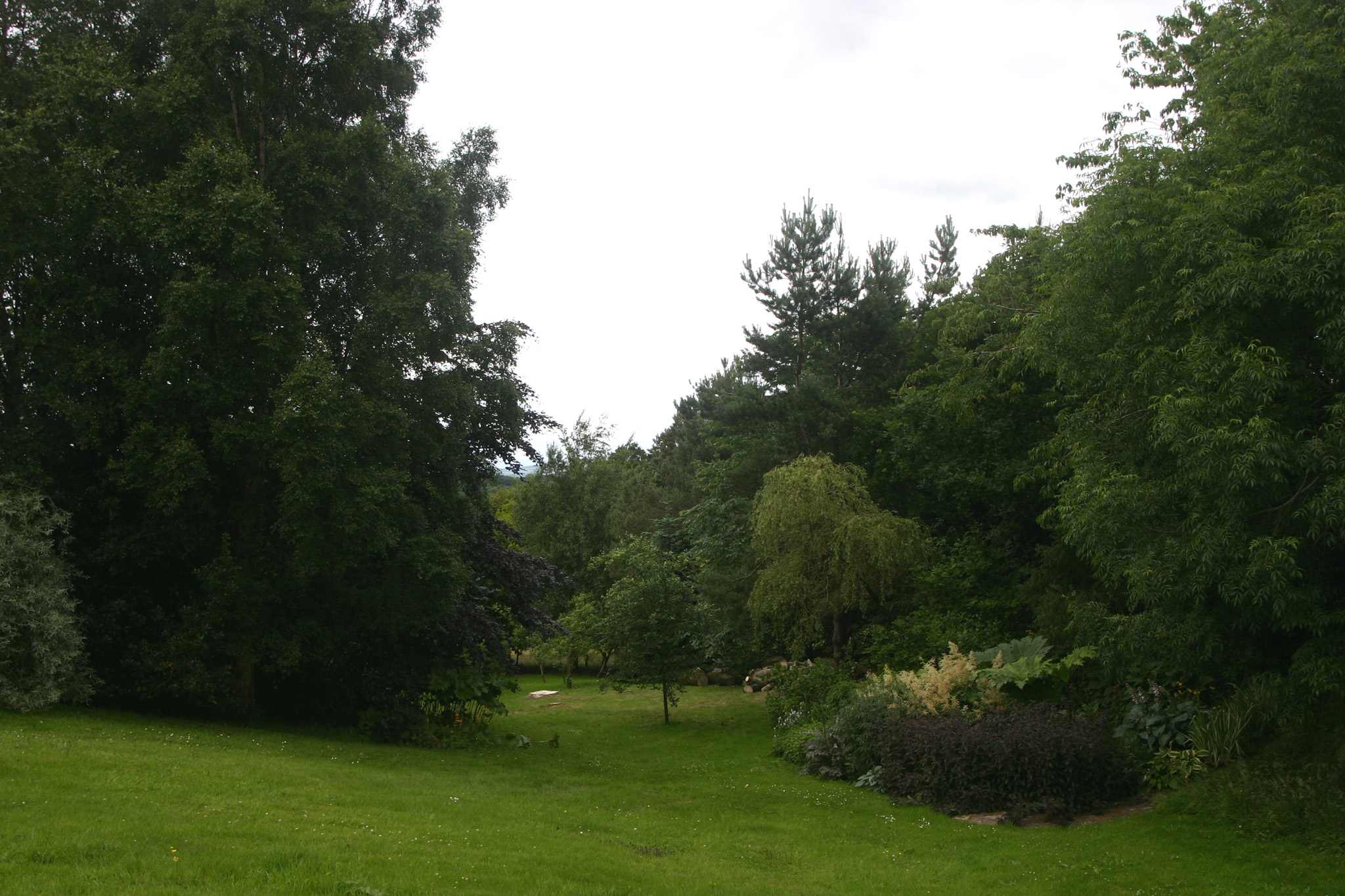 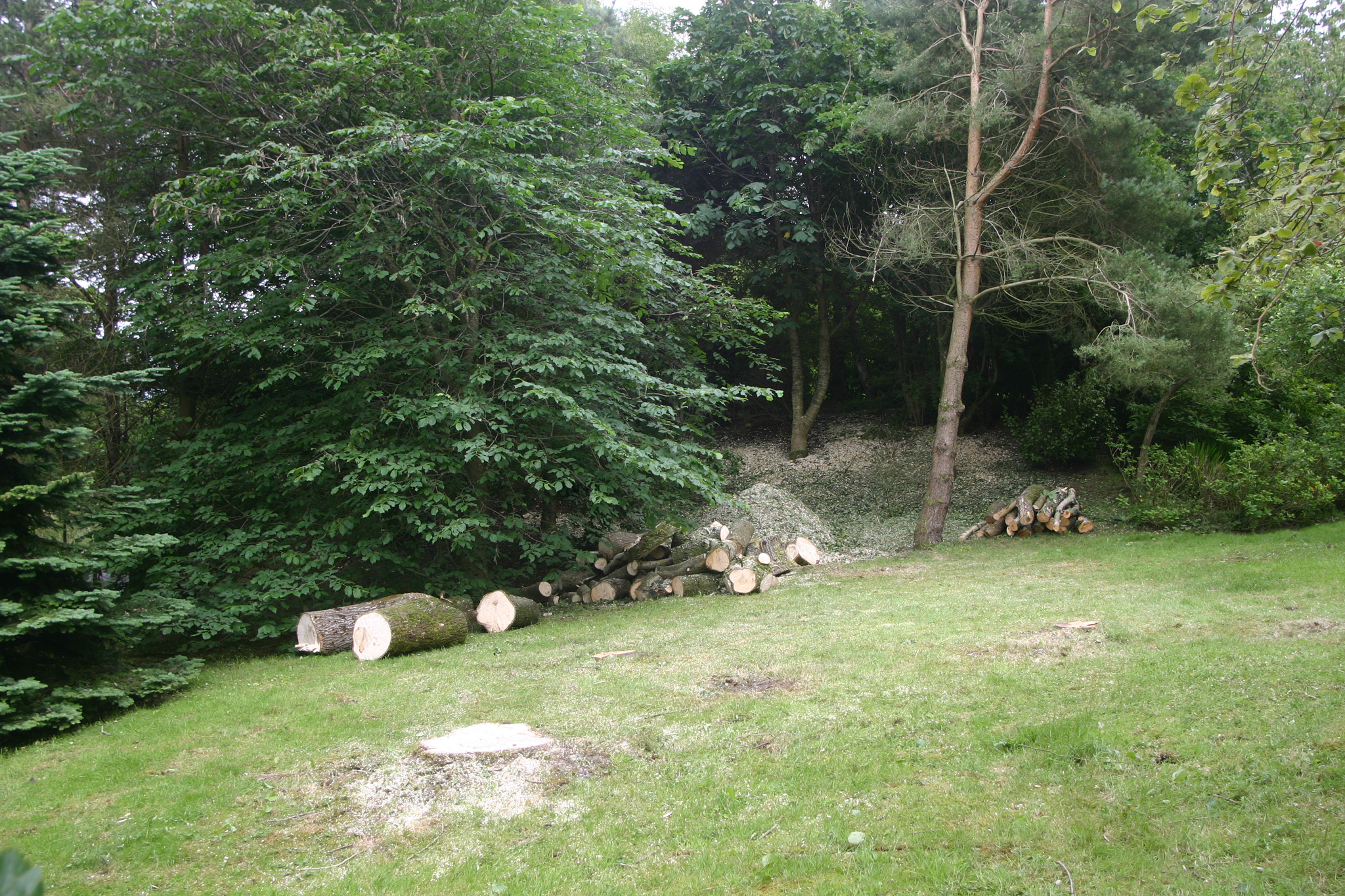 by tigerburnie
It's persisting it down up here today, will help with the turf I moved for lawn repairs I guess

by Primrose
Geoff, one doesn,t always immediately realise how the strong growth of trees can totally change and obscure the landscape over a period of years, and removing really large trees can be an expensive business. It's a dilemma as to whether you have them trimmed back regularly or eventually are forced into having them completely felled
.
We noticed this away on holiday at a couple of venues of national interest overlooking water where sadly over the years the original spectacular views over the water had been completely obliterated. Sadly the cost of employing skilled tree surgeons these days is not cheap and in these days of austerity original beautiful landscapes are being ruined, in my view, as a result.

by KG Steve
Hedges too. We have a mixed hedge down each side of our narrow garden and over the years they have gradually got higher and wider until one must be 5ft thick and 9-10ft tall. They are clipped twice a year, but without realising I and neighbours have left a few inches more each time I guess until they are now monsters. Intend to get a tree surgeon in with some heavy cutting gear (or chainsaws) to cut them back to a reasonable height and width in late summer/autumn once the birds have stopped nesting.

by Primrose
Yes hedges cause the same problems too and ten years later you suddenly realise that your garden is half the size it was originally because it has intruded so much! The other problem of course is that during that time the stems have thickened up so much that it becomes impossible to prune them with secateurs or the usual garden equipment you have so yiu're into buying all kinds of expensive heavy duty gear.

And what can be tackled with relative ease (if not enthusiasm) when you're younger and fit suddenly starts to become an overwhelming physical burden when you start getting older and don't have the strength to tackle it. For people who are keen gardeners this becomes a difficult issue at some point. How often do we hear the sad comment "I'm having to downsize because the garden is getting too much for me to cope with"

Maybe we need a magazine article on ways to adapt our gardens to reduce the work as we get older without simply just paving them all over as one of my nearby elderly neighbour's has done. This obviously works for her but the paving causes a permanent loss to the environment and may make her house unsaleable to any future keen gardening occupants who might want to buy it.
All times are UTC
Page 9 of 17
Powered by phpBB® Forum Software © phpBB Limited
https://www.phpbb.com/