I use my oven loads & am always cleaning it, but never ever get those little black spots on the racks right in the corner to come off regardless of which product I use & the light is a bit of pest to clean, due to it's position. Got someone coming around tomorrow to clean it for me, but it is a leap of faith as know no one who has it done & only the advertising to go by - which obviously looks spectacular!

Anyone had this done? Is it as good as it seems? It's not too expensive as have a discount code & by my reckoning have spent more than £40 on cleaning products that are rubbish - I've got 1 1/2 ovens. I'm giving him a bit of a challenge as well, as we are having duck tonight & I can see the fat spluttering inside & I'm not even going to wipe it down when it's finished!

Yes we have it done every year or two.
Our cooker is 90cm wide, so we can't fit the shelves in the dishwasher.
They do a good job, not sure how as he takes bits out to his van.
0 x
Do not put off thanking people when they have helped you, as they may not be there to thank later. 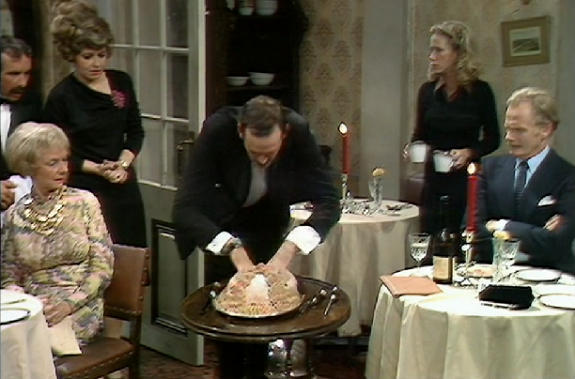 Let's hope it works for you, Westi.
0 x
Cred air o bob deg a glywi, a thi a gei rywfaint bach o wir (hen ddihareb Gymraeg)
Believe one tenth of what you hear, and you will get some little truth (old Welsh proverb)
Top

Our last oven got in such a state that despite having an allegedly self cleaning lining, in the end it was easier to get rid of it than clean it !

That,s not quite true but as my husband loves cooking and insists on open roasting absolutely everything whereas I cover stuff up, he has volunteered for the oven cleaning routine . Every few months the newspapers cover the floor, the oven doors and racks are removed and the Lakeland paint on gel makes an appearance. And I retreat from the kitchen for the duration. I have to say he does a pretty remarkable job but for the effort involved I think £40 is not an unreasonable price.

A couple of people in our road use one of these services and their van reappears at odd intervals so people must think it is worth it.

Frankly though I would rather a clean a toilet than an oven any day !
0 x
Top
Post Reply Previous topicNext topic
4 posts • Page 1 of 1