Three years ago I bought a Victoria plum from a website that normally supplies very good quality trees. As we didn't have room to put it in the soil, I planted it in a very large pot (about 180 litres) and used good quality soil-based compost mixed with some bone meal. It was planted in the autumn, at which time it was about 3 feet high, and in its first summer I left it alone (no pruning). The leader shoot grew very fast, and a rosette of spindly shoots shot up from a couple of inches above soil level. The tree seemed healthy, but produced no flowers.

I wasn't worried as it was newly planted, and in early June of its second year in the pot I started trying to get it into a goblet shape, removing the low rosette of spindly growth, cutting back the leader by a couple of feet and cutting back the (few) other branches to a suitable bud.
Through the season the leader shot up skywards again, the rosette near the base sprouted again and did the same, but the other branches just got a bit longer and more spindly - none of the buds produced any side shoots, although there were plenty of leaves. The tree didn't flower in that season either.

I pruned it again lightly this year in late May, but much the same thing happened. No flowers. The rosette at the base has been pruned off three times this summer but keeps coming back very vigorously, presumably using up a lot of the tree's energy. I checked to make sure that the rosette was not coming up from below the union, but I couldn't actually identify a union, as there's no swelling on the trunk at or below soil level that I can see. There is definitely nothing sprouting from below the original soil level.

The attached photo is not very good as it's difficult to make out the tree's shape against the hedge in the background, but it shows the general shape with its long willowy branches. This is my first attempt to grow a fruit tree in a pot and I'm wondering whether I've made some mistakes, or whether the tree is a dud. Any advice would be very welcome. 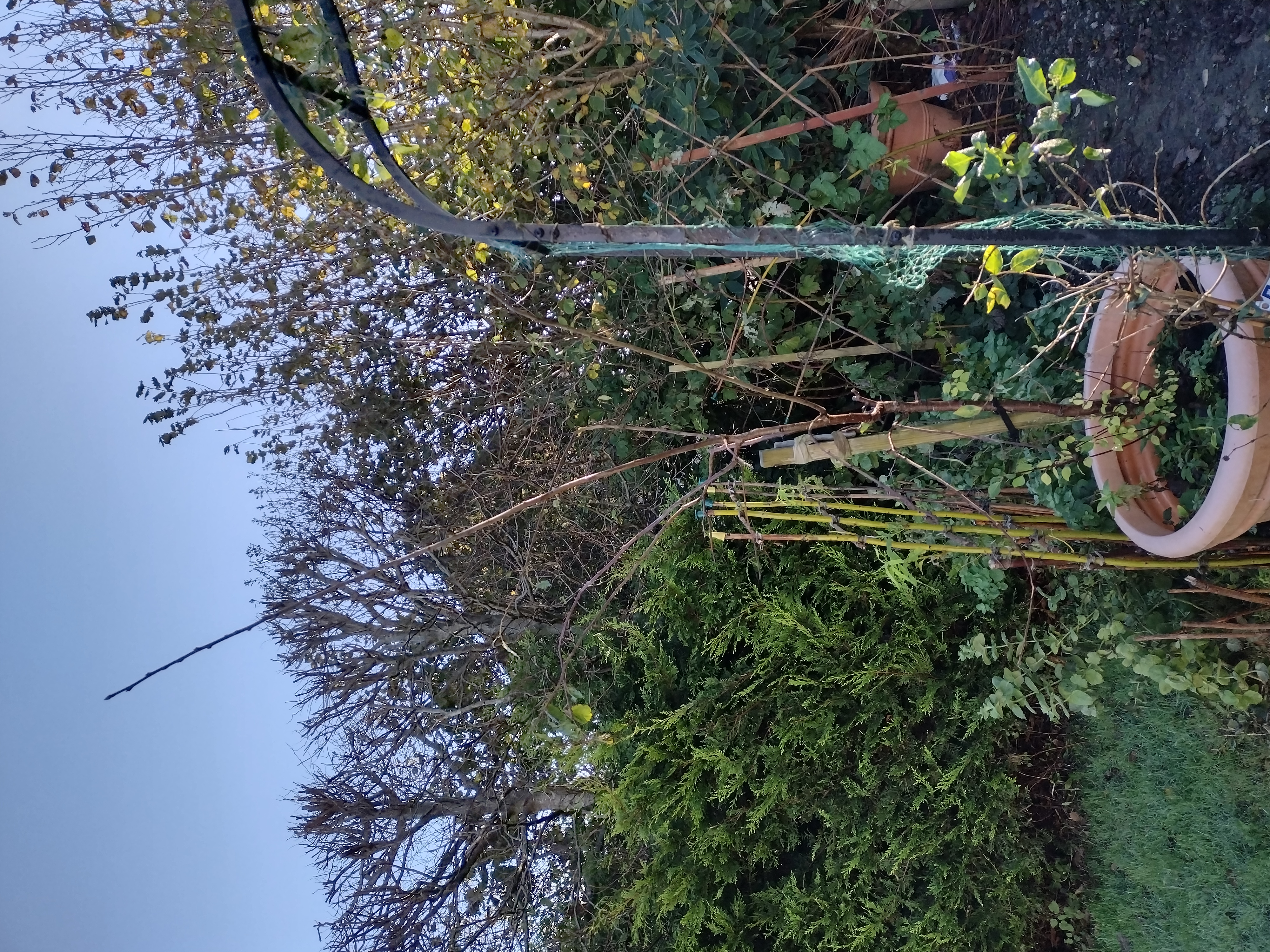 Re: Victoria plum - worth keeping?

Morning Judyk,
About ten years ago I bought a miserable looking plum tree in a sale in Aldi,felt sorry for it,cost 99 pence.Like you put it in a pot and when we moved took it along with us, left it in a corner of the garden,more or less neglected it and this year rewarded us with three delicious plums!!So yes,I would say most certainly persevere with it.
0 x
Regards snooky

Re: Victoria plum - worth keeping?

Hi Snooky, thanks for the reply. OK, you've persuaded me to give it a reprieve... and I'll move it way from the compost heap, which is just out of the shot to the right, just in case it thinks that I might have that in mind for its final destination. I'll also tell it that it's got you to thank.