I think you will eventually get slips, worth to try. End of January/begin of Febrauary is good time to start to get slips at the spring time, ready to plant. It usually takes 2-3 months for them to arrive and grow. In most cases, roots appear first, so be patient.
1 x
Top 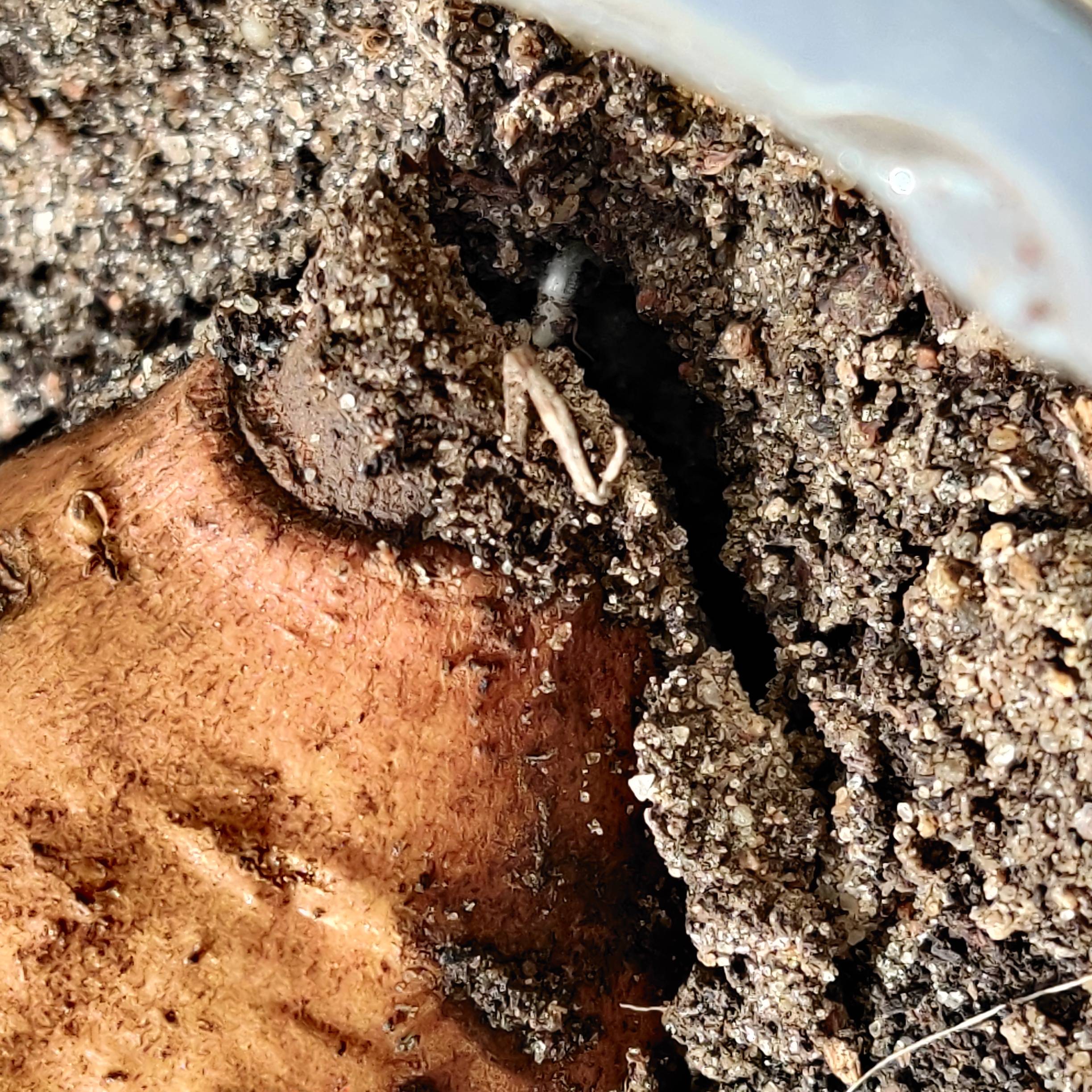 No any single shot though. So, need to keep waiting. It's still alive, maybe it will wake up. It takes long time, as I can see. Either it will grow or it will rot away, there is no other scenarios
1 x
Top

Well done westi, What a couple of beauties!
0 x
Top 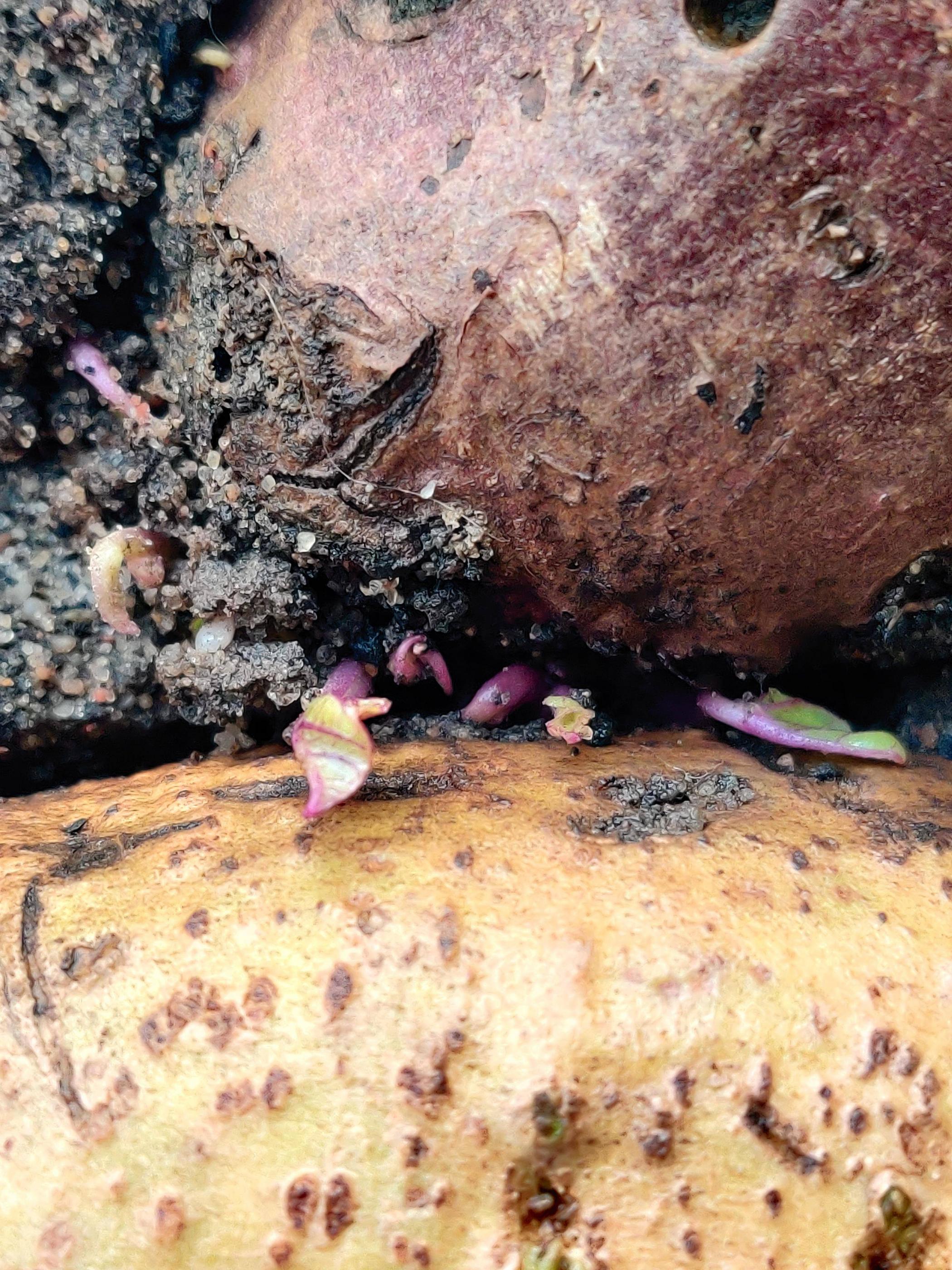 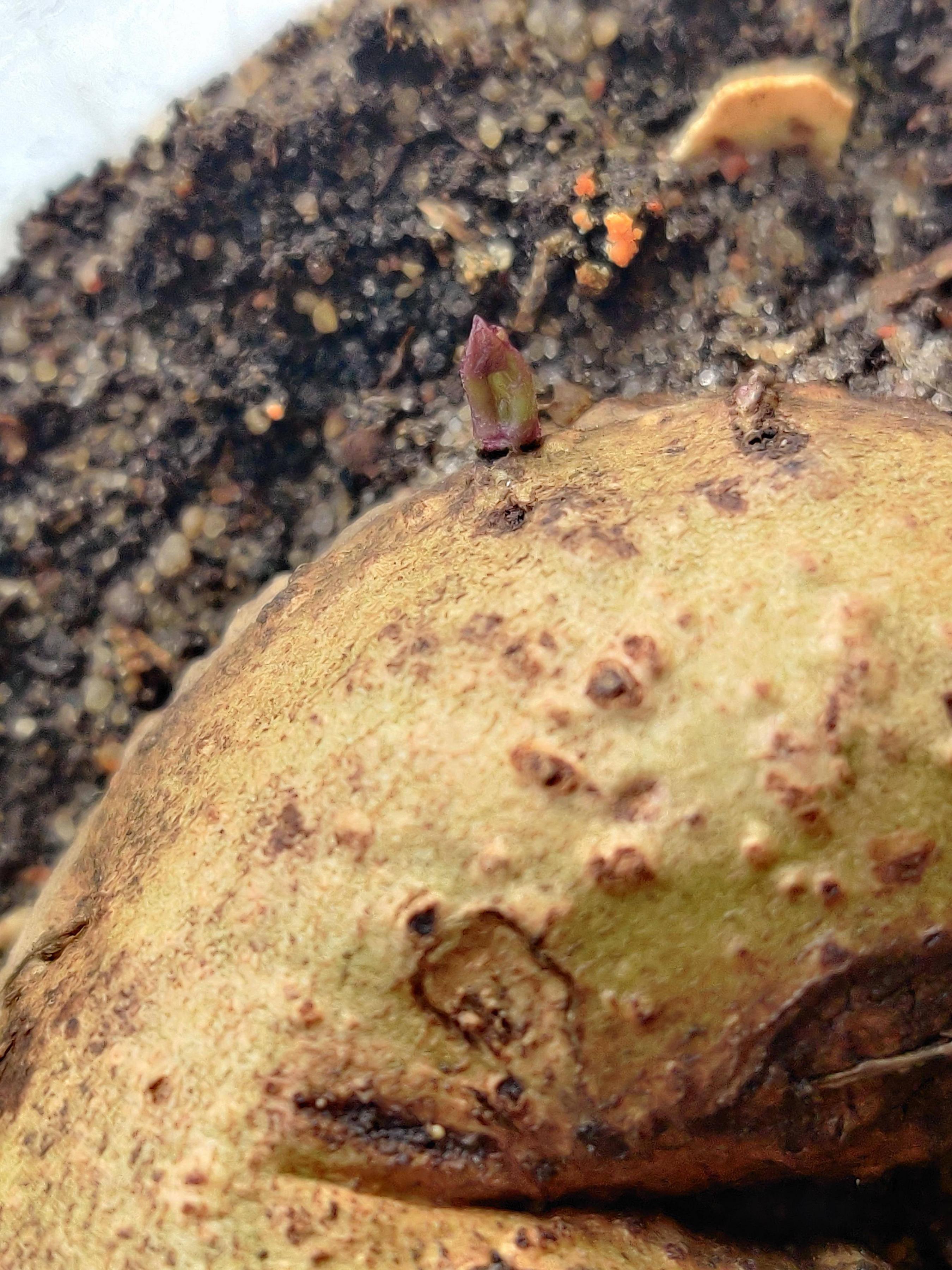 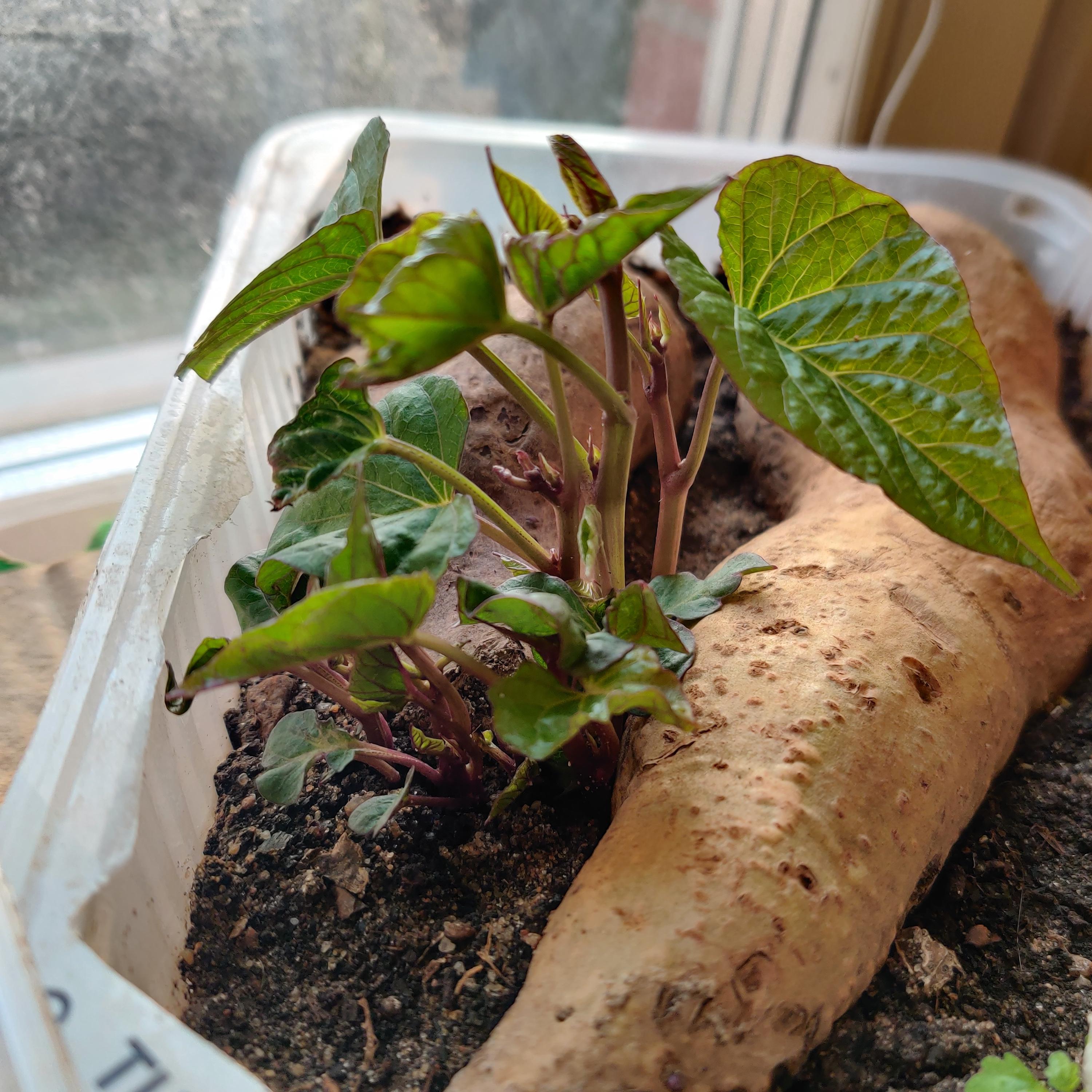 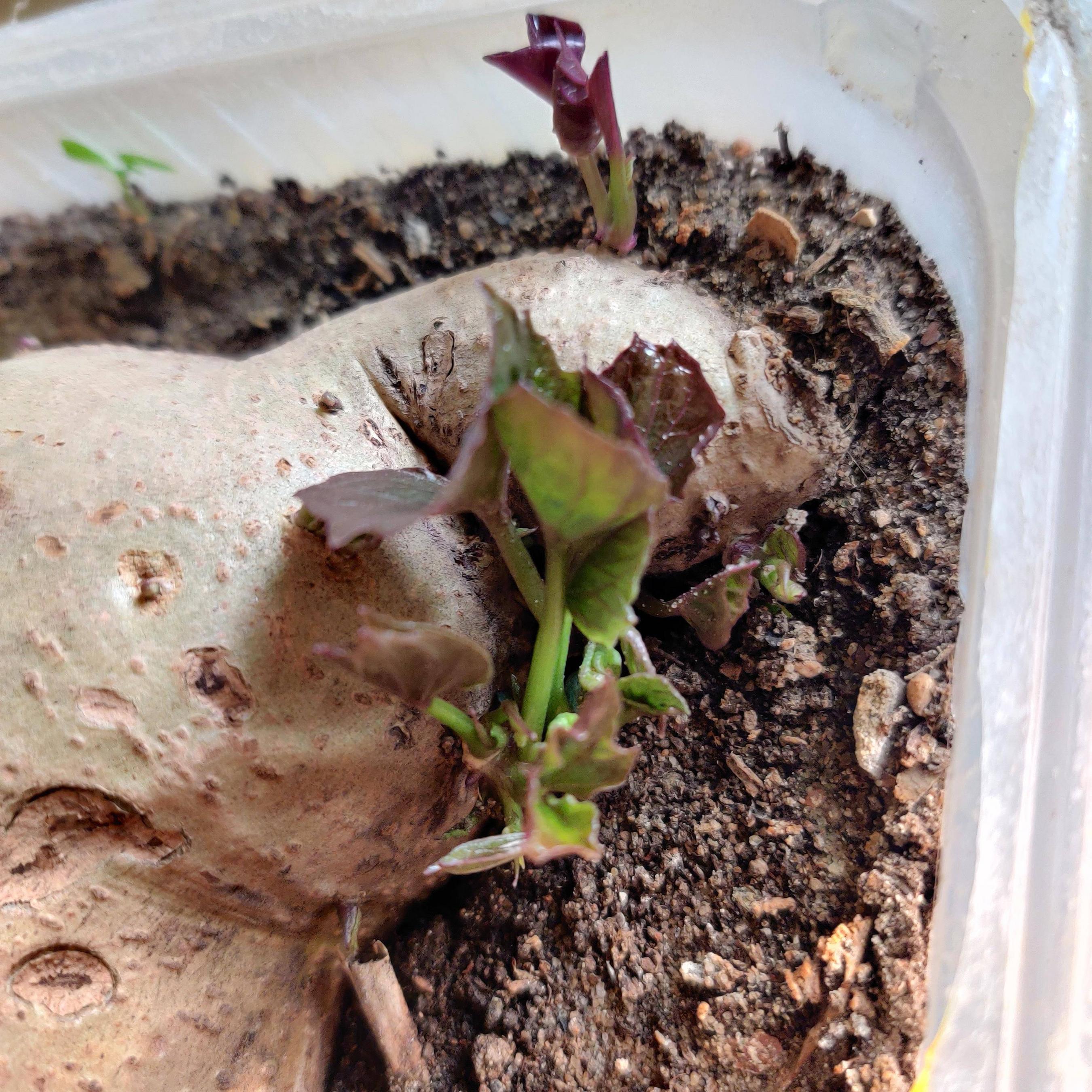 My first one that was well too early but shooting did not make it, just rotted away. I currently have 1 in a glass with the toothpicks on the windowsill and it just has roots, then another on it's side in soil which is getting a bit of bottom warmth in the propagator, but it has only been in a couple of weeks as the dog ate the other one. (Long story with the dog eating it, but the cat needed a clear spot to have a lay down in the warmth so it was sacrificed for his comfort)!

I'm afraid I can't cope with sacrificing a dog for a cat.
0 x
My Weather
Top

No any dogs or cats here, so I guess my plants are safe

Some of them don't like high uv level, but I think it will be fine: 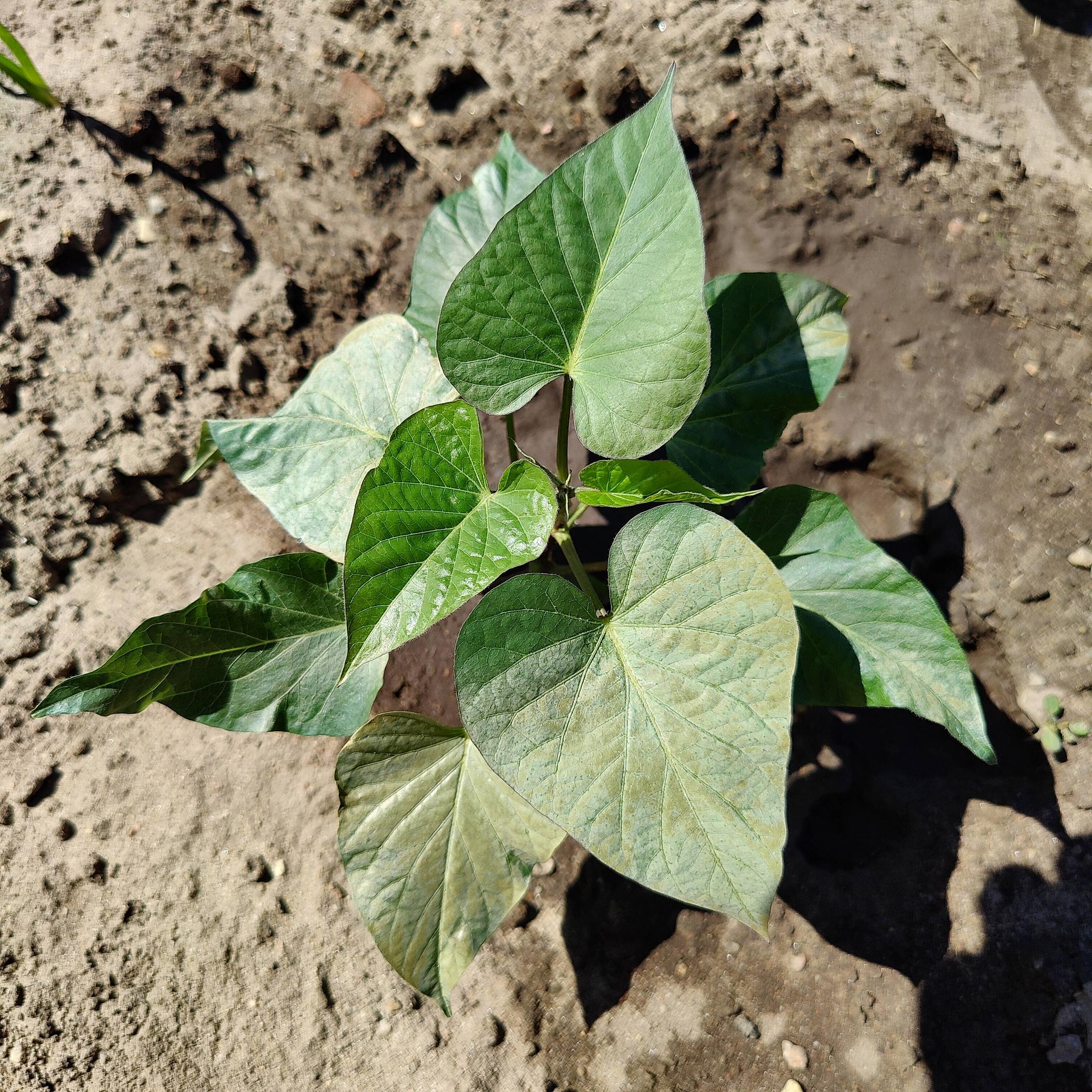 I had to bite the bullet & buy some slips. I re-tried the 'on it's side in compost' animal free

& it literally just popped out a few white threads for roots & the old toothpick trick created a fair amount of roots but no shoots. I specifically bought organic ones as well hoping for no growth inhibitors but maybe they did?

Anyway the slips arrived today, obviously not as large as yours but as we are not getting the warm weather so I will have time to pot them on and get them sturdier. Just a quick question though, I am a little confused as to the (?) other stems being cut off? Is this to propagate more slips, just to cut off raggy leaves or some other purpose? These are Erato which I have not tried nor seen available before, but on the other varieties I have bought from slips they (to my memory) didn't have any stems/leaves cut off. 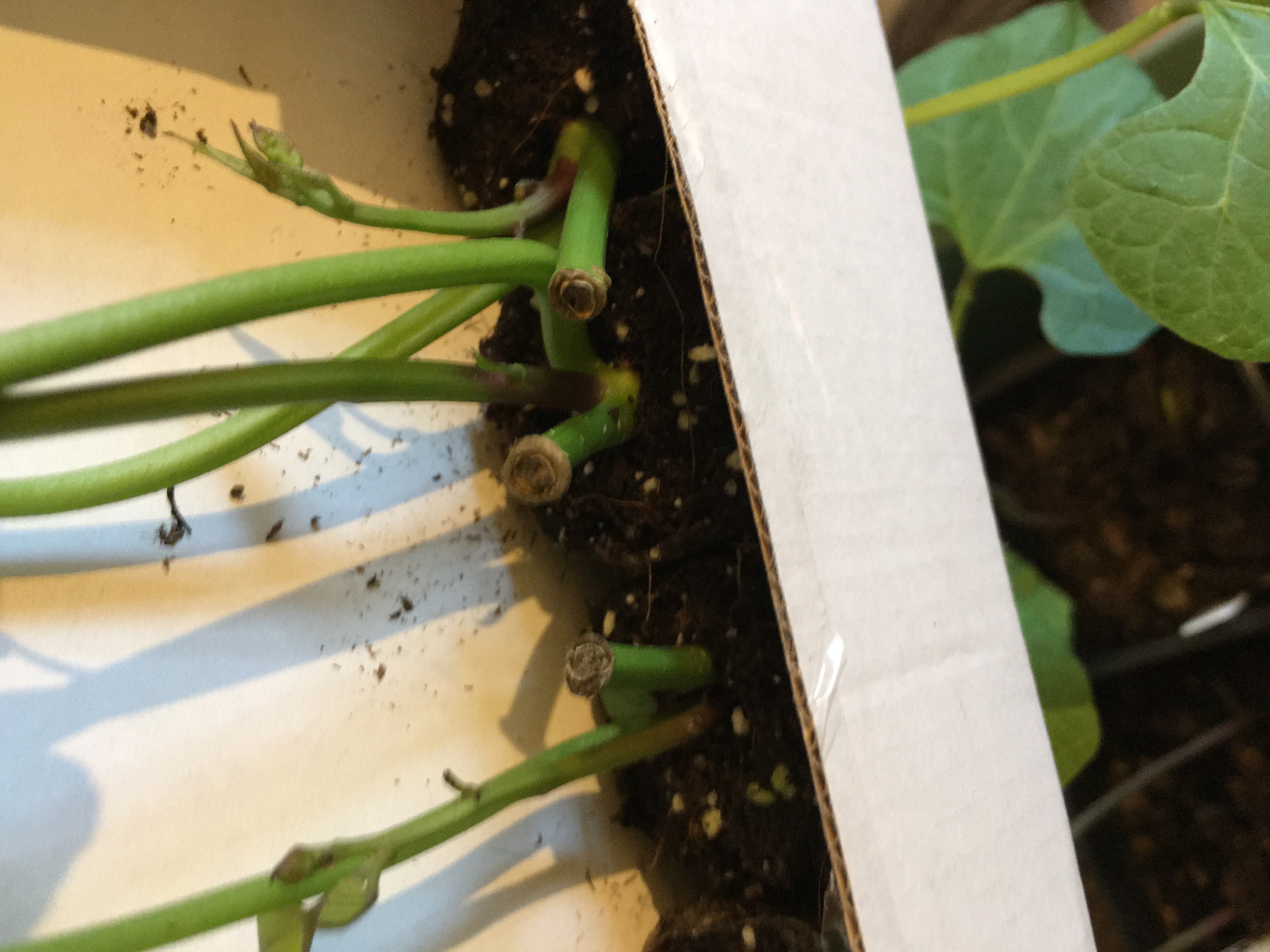 I guess raggy/dead old leaves have been cut off. Some older leaves remaining are still sick.
1 x
Top

Don't start me on the packaging giaur! It actually had some good aspects as fitted through the letter box, but would have been way better if they actually pushed the leaves inside the box before sealing it! Not to worry, planted in the tunnel & I think they will be happy enough in there with min of 8.5 & high of 30+. Only time will tell though!
0 x
Westi
Top

Old leaves does not matter. Good root system is most important + young shoots. They will be happy in the tunnel, but direct hot sunlight is even better.
1 x
Top