I have a polytunnel that I built on a slope so I have terraced it into 5 beds that are raised on one side with 6”x1” treated wooden boards. Each bed is approximately 10'x4'. Picture shows them as built in 2013.

The boards and the supporting uprights are already starting to rot and one edge has recently badly collapsed. The gravel paths between have not been a real success either.

This Winter I am planning to rebuild by changing the paths to concrete and using metal supports for the edging, haven’t decided between heavy galvanised or stainless steel strip (if I can find something at a reasonable price).

I am also thinking of using plastic boarding. I was wondering if anybody has experience of using any of the various recycled plastic boards there are on the market, how stiff are they for example. Some of the suppliers sell pegs that I might be able to use instead of metal. Some of the offerings are quite thick and might have the disadvantage of narrowing either the beds or the paths. They are not cheap so I'll only try them if I am convinced it will be a good job. 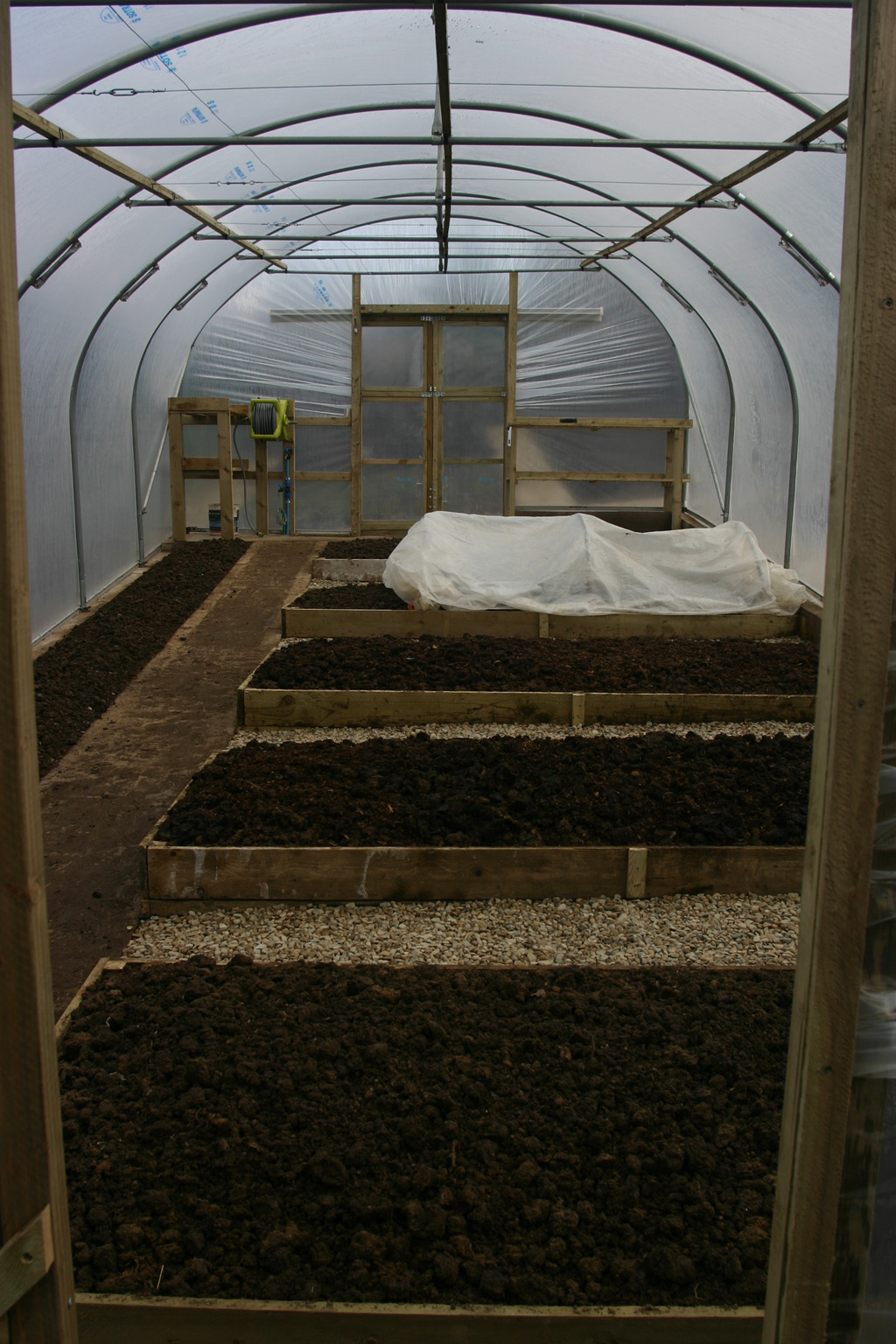 Evening Geoff, I don't have an answer regarding plastic boarding but, what I use nearly all the time now instead of ordinary pressure treated timber is, wooden decking boards....normally the thicker ones and I cut the boards in half length ways and use them for the posts or retaining struts. They seem to last a lot longer than normal timber. I haven't tried the composite decking boards that they do now but, they too look to be very good.
0 x
Kind Regards, Old Herbaceous.

Plastic boards as in facial boards are very bendy and in winter very brittle I don't think they would be strong enough for raised beds , I originally used condemned scaffold boards they now need replacing as they have rotted even though I treated them ,one guy on our allotment used concrete fence panels which seem ok I was thinking of using breeze blocks but when I worked out how many I need it was back to the drawing board
0 x
Top

For my compost bins I've used slotted concrete posts and concrete gravel boards.
Expensive but VERY long lasting.
One three 6' sides and one 12' x6' four sided.
0 x
Do not put off thanking people when they have helped you, as they may not be there to thank later.

Interesting idea Peter. The plain 6" concrete gravel boards look cheaper than the plastic. They are usually 6' long so will need some exciting angle grinding. I wonder if they would 'dowel' together by drilling and knocking in reinforcing bars or will they be too hard.
0 x
My Weather
Top

If anybody is interested in plastic raised beds I have found two companies fairly local to me. Got some other interesting products as well.

British Recycled Plastic have sent me samples of what they call DECK01 which is 150x40mm and really solid (I think the 25% cheaper 150x30 would be stiff enough for my job) and a couple of square sections RPL100 38mm and RPL001 50mm that they suggest for uprights.
0 x
My Weather
Top

Geoff wrote:Interesting idea Peter. The plain 6" concrete gravel boards look cheaper than the plastic. They are usually 6' long so will need some exciting angle grinding. I wonder if they would 'dowel' together by drilling and knocking in reinforcing bars or will they be too hard.

I think dowelling would wreck them, council large paving slab is the same thickness and with a standard width but at least a couple of lengths?
I used corner and intermediate posts on the bigger bay, keep toying with the idea of long beds with tall posts, so I could slot in panels to make a cage of butterfly and bird protection, just sling plastic bird net over the top.
0 x
Do not put off thanking people when they have helped you, as they may not be there to thank later.