Make sure the pleats face downward unlike some of mine which turn green with algi with the trapped rainwater ,it's not a bad job to do we did ours in a very wet February last year ,the hardest part is setting it out you have not much play when you are knocking starter posts into the ground you then have to dig down around a foot for the base plates ,the marking out is critical but the instructions cover everything and you are encouraged to phone up if you have a problem
0 x
Top 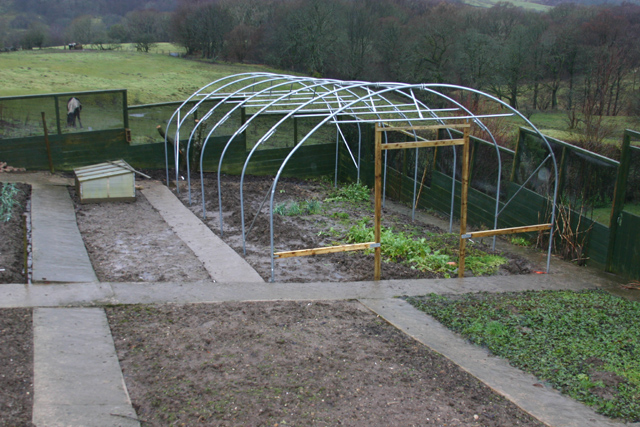 14/02/2013 Block wall built down RHS to give a level and concrete paths, terracing, staging, roof battens and base rails (loose) added. 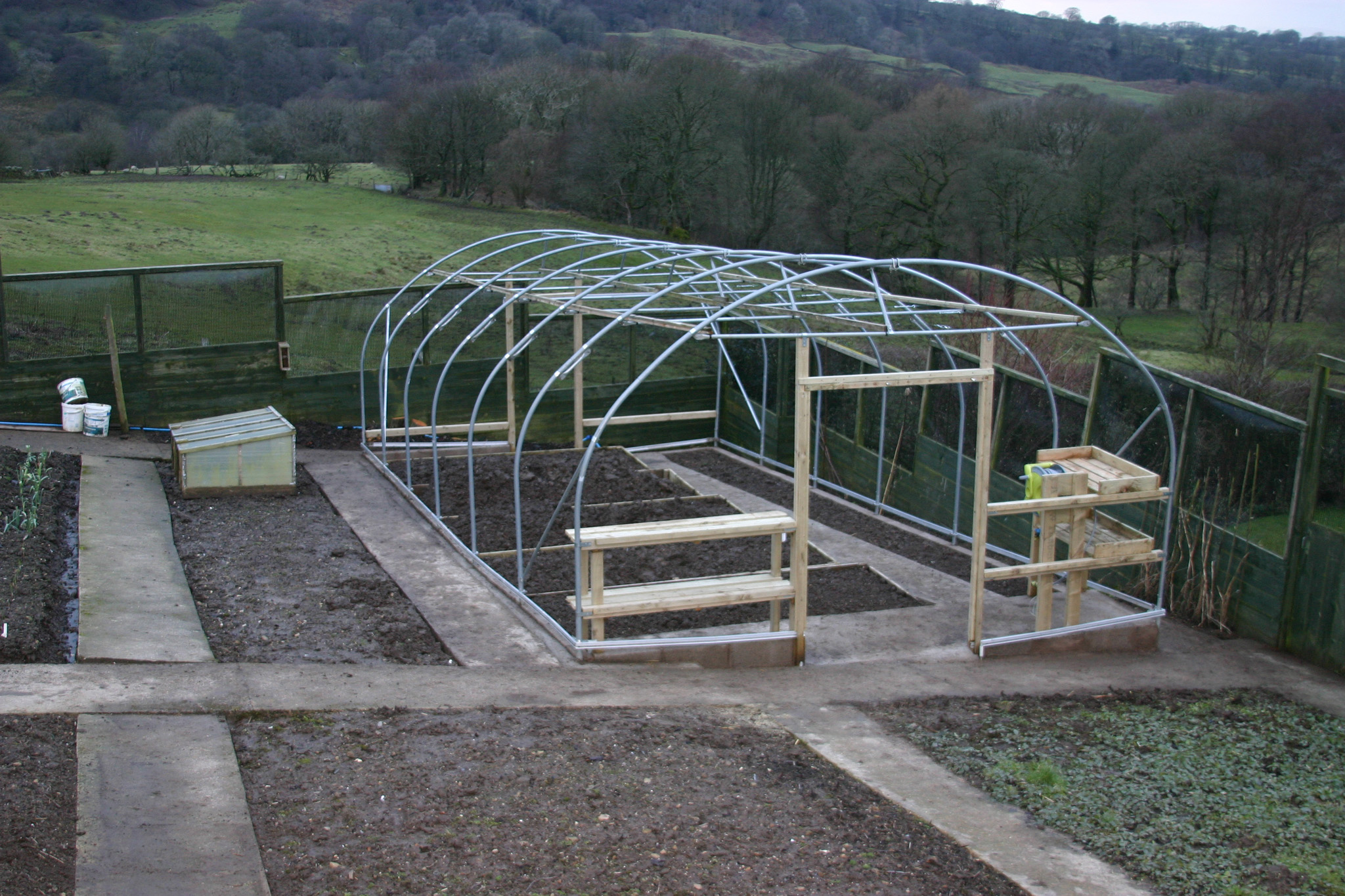 14/02/2013 From the bottom can see the terracing better and the level offset, the LHS is lower than the RHS by one concrete block. The big cover up party day!

I've put the file times on but I think the camera clock was an hour out or the later ones would have been dark. Fortunately I have a level site as would have been well & truly stuffed! So much to think about, haven't even 100% decided where to site it. Decisions, decisions? What one? Where? When? Wish I hadn't been late off work so much this week or would have at least measured up, but something to look forward to on the weekend!
0 x
Westi
Top

I'm not in the market for a polytunnel, maybe a lean-too greenhouse when the fun-fund gets back too health. The motorhome drains the fun-fund regularly and whilst I can't grow things in it I do get some relaxation and fun from it and this project for Westi is heart-warming fun for me. Not quite enough fun for me these days so hopefully Westis fun-fund will survive the ordeal, we'll get a lot of photos, at least ten pages with some including Westi getting excited.

Do weeds grow faster in a polytunnel ? I'm still only half way to recovering my raised beds from weed growth and often wondered if the problem is air-born or seed bank so would cooking your soil with a burner help by reducing seed-bank and the polytunnel cover helping with the air-borne seeds ?
1 x
How are you supposed to start and maintain a healthy lifestyle if it completely removes a wine lover’s reason to live?
Richard.
Top

Weeds. The tunnel isn't too bad, it was quite a clean veg bed before I covered it over. My big cold greenhouse is another matter. We used to have hens and when we gave them up a patch went to ruin for a few years and was a bed of nettles. It was cleared to built the greenhouse in 2002 but every year I still get hundreds of nettle seedlings in there - well beyond the 7 years of the saying.
0 x
My Weather
Top

It's something I've always dreamed of having but with the uncertainty of the plots & personal changes in home circumstances I just kept dreaming! Now stability & reality is here I am a bit overwhelmed - I'm excited but should have been researching not dreaming. Now I am relying on all the forum members to guide & direct & educate me which they are doing in abundance - & I am very grateful. The polytunnel is the fun fund & a whole new bit of learning ahead.

Looking forward to my next time off (2 weeks time), to ring the companies & annoy them immensely! (With discount in mind obviously)! Just got to play the silly blonde or the mad Aussie to the right company at the right time - if the worse comes to the worse I may even do the old lady & throw in "In my day" just for the laugh. Depends on how much they try to baffle me & try to sell too many of the add ons as my forum friends have already told me what is best & actually needed! See what I mean about fun???

Definitely excited & will keep you all posted with the rest of the research! Mind find that post in the "funnies' though!