Love to have animals around? Perhaps you're being plagued by them? All your tips here...

Must share this with you, hovering round the pond this morning then landed on the Iris, my book says it is Libellula quadrimaculata and it is common but I've never seen one before. 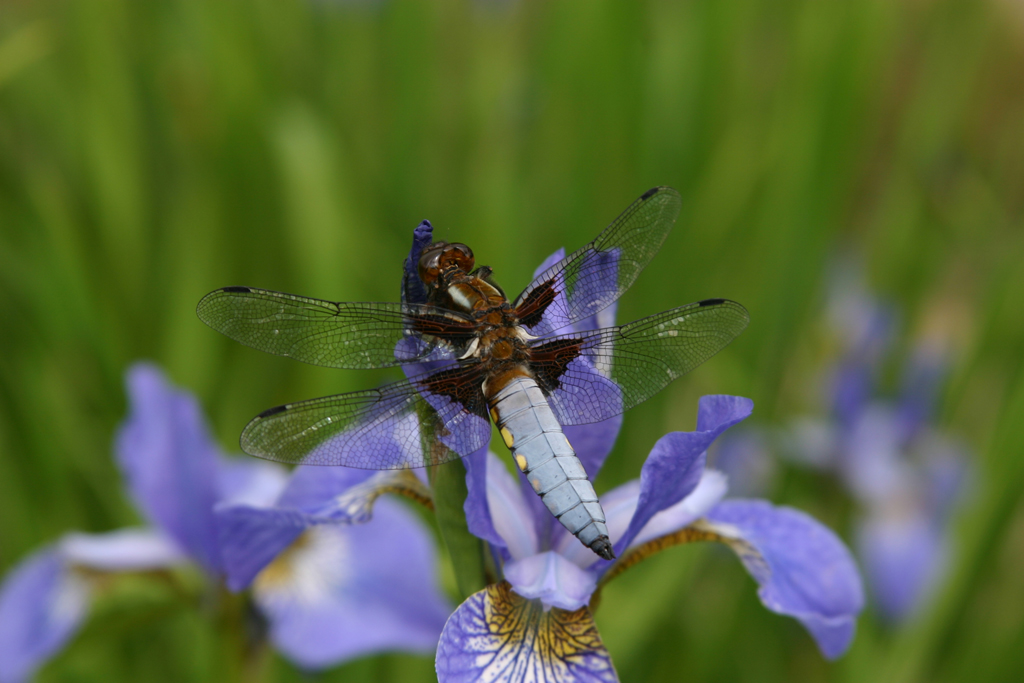 I've never seen one either. What a beautiful thing, would love to see one!
0 x
Westi
Top

They are not common in the north, Geoff, but are gradually spreading northwards. A few years ago people were really excited at the Heysham Nature Reserve (near Morecambe) when one turned up and we have seen one on the pond at our village Nature Reserve here. Lovely photo of a beautiful dragonfly!
0 x
Top

That's beautiful, is it a Broad bodied chaser?
0 x
Top

So fortunate to live up here where a lot of modern farming intensity has yet to kick in, Skylarks and Corn Buntings are quite common round here, not a lot of standing water round here so Dragonflies are not so common in our village. This image was taken today, some fields get little or no spraying and the poppies not so uncommon.

1 x
Been gardening for over 60 years and still learning.
Top

Lovely photos. I do occasionally see dragon fies around our mini pond. Another thing we used to have in our garden some years ago were crickets. I used to love hearing the sound of them but now I can't recall a summer for a long time when I heard one.

Another thing I haven't seen for a couple of summers is stag beetles flying around. They are a spectacular sight. They used to breed in decaying wood stumps in a footpath near us, then some well meaning individuals from the Parish Council had an "environmental clean up" campaign and all the rotting wood stumps were removed to improve the "visual appearance" ! I explained to the Councll that in doing so they had actually destroyed the stag beetles' breeding environment and that it actually took up to 8 years for them to gestate. I asked that they returned a pile of logs from their tree felling and maintenance programme to the site where they could slowly rot down to try and restore the damage and they promised to do so but nothing ever happened, so I'm afraid we've now lost our stage beetles from that site.

I regularly used to see them crawling along the ground on the footpath and used to move them out of harm's way, terrified that somebody's clumsy Size 10 shoes would trample on them and crush them, not realising they were killing 8 years of gestation!
5 x
Top

Great picture, Geoff! Thanks for sharing it.
0 x
I've heard it's pretty simple to win there daily. Just imagine that. I've found some awesome top online casino with bonus code there, btw. There nothing else like this place.
Top
Post Reply Previous topicNext topic
9 posts • Page 1 of 1

Return to “Birds, Animals and Livestock”