Love to have animals around? Perhaps you're being plagued by them? All your tips here...

Last year I bought a cheap insect hotel from Lidl and half of it was colonised by Red mason bees. I'm not sure why they only used the left hand side, but most of the canes were sealed off so they thought it was OK. This year they have come back en mass, not bad for solitary bees, and colonised the whole thing.

So I've splashed out and bought a posh one at the garden centre yesterday. I placed it next to the other one in a sheltered sunny place and within half an hour there were lots more small bees with yellow tails going into that one. I've not identified them yet.

The only thing I'm worried about is that there are some ants near them that can be seen carrying off what looks like pollen, but it might be the bits of clay like stuff they seal the ends up with that falls out when they hatch.
0 x
Top

I've not had that much success with them but if you have woodpeckers be careful where you site them, they have pulled my home made ones to bits.
0 x
My Weather
Top

Thanks for the warning Geoff, we get greater spotted woodpecker but I've only seen him on the feeders at the back of the house.
0 x
Top

I bought a Lidl's one as well & have been very happy with it's visitors! (Did a load better than my DIY number)!
0 x
Westi
Top

One of my grandsons is mad keen on bugs, I will have a go at making one, though he might not like the bees in them
0 x
Been gardening for over 60 years and still learning.
Top

They have sealed up some in my new box today. 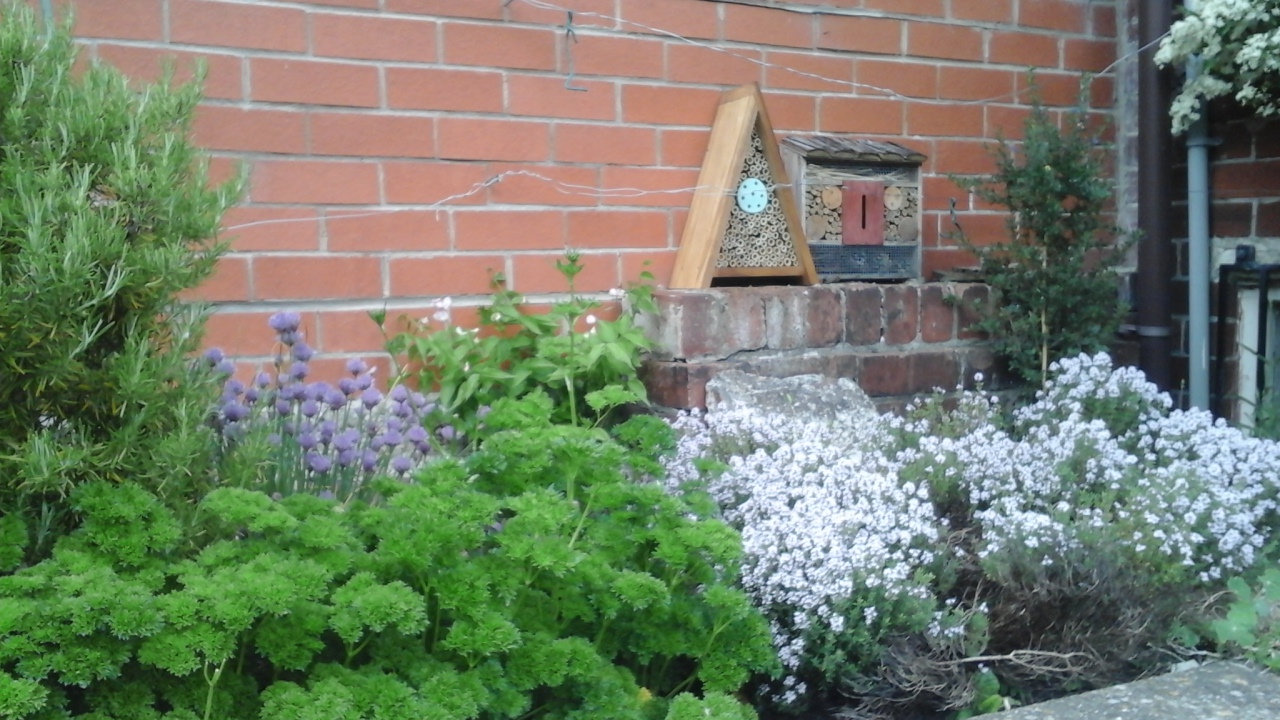 Your herb bed looks very lush, I might re-site my Lidl's number seeing this! Mine is on the shed wall but only horseradish to entice it in that spot. I went for shelter for them thinking they would venture out further for food, but logic says I have to entice them to the site first!
0 x
Westi
Top

Westi,
It may be bugging your potential hotel users that your insect hotel is not listed on traveljungle.co.uk
1 x
The danger when people start to believe their own publicity is that they often fall off their own ego.
At least travelling under the guise of the Pa Snip Enterprise gives me an excuse for appearing to be on another planet
Top
Post Reply Previous topicNext topic
8 posts • Page 1 of 1

Return to “Birds, Animals and Livestock”